Teen Mom star Chelsea Houska-Deboer’s weight has fluctuated a lot since we first met the star when she was pregnant with her daughter, Aubree on 16 and Pregnant.

After having Aubree, Chelsea said that she felt fine about her body because she was still very young and bounced back pretty quick, although she was still a little overweight, she was similar to her pre-pregnancy body.

But after getting pregnant for a second time, things were a little different for Chelsea.

She decided she wanted to take better care of herself and make some healthy lifestyle changes.

“I wasn’t caring about what I ate or trying to eat healthily, and I ended up gaining a lot of weight, which resulted in me having a rough time toward the end of pregnancy.”

“After I gave birth, I just was not feeling great about where I was, and I wished I had taken better care of myself.”

Chelsea also had a big upcoming wedding reception to plan for, as she and her now husband, Cole had gotten married in a small ceremony while she was still pregnant and now wanted to celebrate with everyone.

Chelsea went on a strict diet and exercise regimen and lost about 50 pounds before the big day!

Shortly after, the couple announced that they were pregnant again!

Chelsea followed a pretty strict mean plan while pregnant this time and she said it paid of big time:

“I felt amazing during my third pregnancy.”

“I was healthy, and it was just an enjoyable experience.”

In August of 2018, Chelsea gave birth to another daughter, Layne.

After the birth she continued to follow her strenuous exercise regimen and strict diet.  She looked amazing while celebrating Cole’s 30th birthday later that year.

In August of 2020, Chelsea announced that she and Cole were expecting baby number 4 in the Spring of 2021.

Of course she followed the same regimen as in previous pregnancies and she looked fabulous even throughout her pregnancy.

But now after having baby number four, Walker June, Chelsea has worked hard and now is in the best shape of her life.

She shared that she wanted reach her goal weight by her 30th birthday and she definitely nailed it. She looked amazing for her birthday celebration in Nashville. 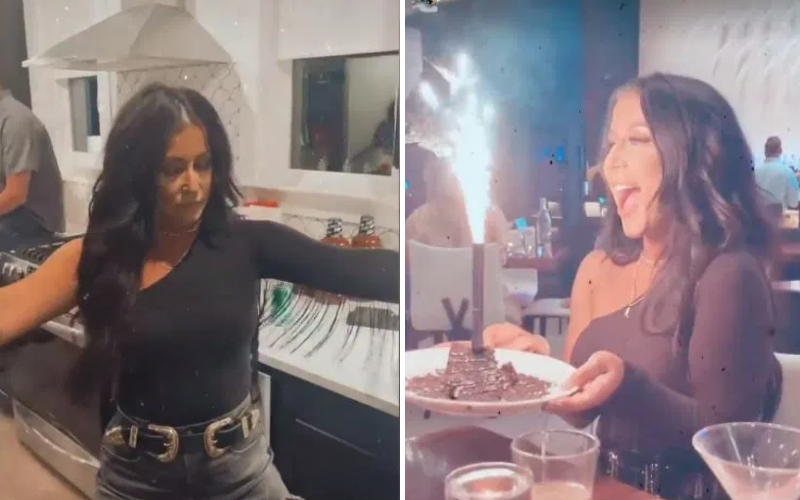 So how did she do it?

Chelsea has shared her healthy choices on her social media from time to time. She eats extremely clean and juices regularly. She is also known for her love of nutritional shakes and supplements.

She also works out like crazy. She’s an avid fan of weight lifting and cross fit to build strong lean muscle. She also shared that she has recently taken up running around the open fields of her home.  Although she admits she isn’t much of a runner.

Whatever she is doing, its working for sure!

Chelsea recently shared these pics of her tight and toned body on Instagram. You can see her super toned tummy and arms. She looks happier than ever and healthy looks good on her.

She has definitely achieved that hot mom bod and she truly is GOALS!